We are proud to announce a new Assyrian history class which will focus on Assyrian history during the modern period, starting from the nineteenth century and continuing up until the present day.  Classes will be held on Zoom. Registration is free!

The class will meet at 7:00 pm every Wednesday on Zoom, Click Here to Register.

You must be 18 or over to attend the class.

“A Journey Through Assyrian History” By Robert DeKelaita is now available on our YouTube channel : Assyrian Cultural Foundation 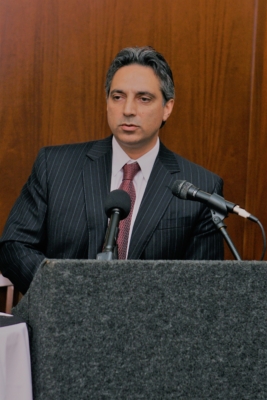 Robert DeKelaita studied political science and philosophy at the University of Illinois, where he obtained his BA. He then earned his MA from the University of Chicago, where he completed his thesis on the origins and history of Assyrian nationalism. In 1994, he earned his J.D. from Loyola University of Chicago’s School of Law and practiced law for over two decades, representing thousands of clients. Robert has been researching and writing on various aspects of Assyrian history for over 40 years and has visited the Middle East numerous times. Along with a number of Assyrian students, Robert was the founder of the Ashurbanipal Library, which is located at the Assyrian Cultural Foundation. Robert has written a number of academic and popular articles, among them On the Road to Nineveh, A Brief History of Assyrian Nationalism 1892-1990. He was also publisher and editor of Nabu Quarterly, which he produced while attending law school. Robert is currently working on publishing a book on Assyrian history.