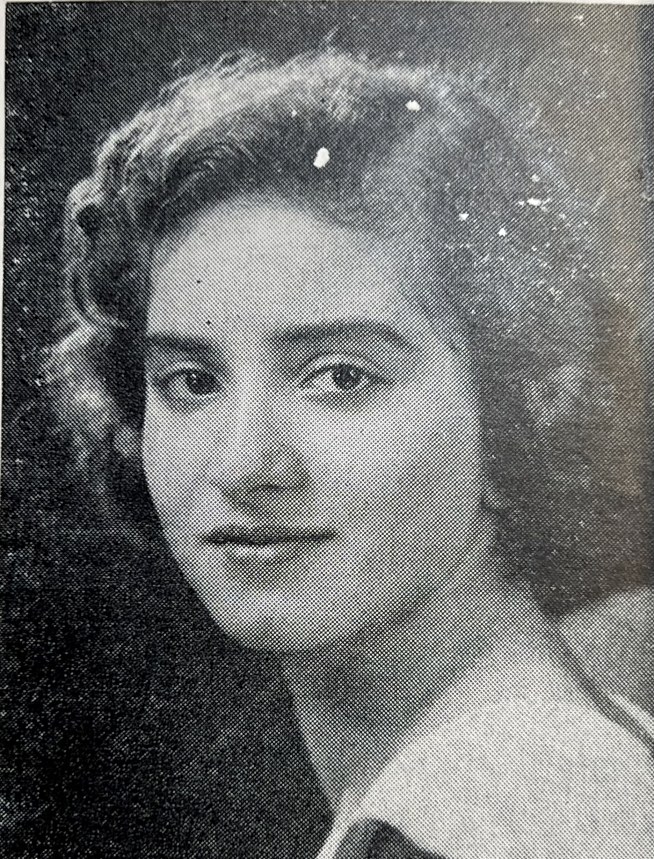 Carol Eshak is an Assyrian pianist and daughter to Mr. and Mrs. N. Eshak of Newark. Carol was born in Newark, N.J. on November 6, 1937. She began her music career at the age of just 4 ½ years old under the guidance of Mr. Alex Chiappinelli. She made her official debut at the age of 9. At age 12, she made her debut at Carnegie Hall and was received favorably by the New York critics. She won a scholarship to go to Julliard School of Music as well.

At age 16, Carol auditioned for the Griffith Music Foundation in 1953. That year’s auditions broke all previous records for the number of students entered, the total reached 2,198 from 175 communities in the state with there being only 7 sponsorships by the Foundation. Carol ultimately was chosen from 16 who qualified from a total of 49 who had entered that grade for voice or piano.

Carol made many appearances at many different concerts halls and venues, but some of her most notable appearances were at the Young Artists Concert where she played Chopin’s familiar Sonata in B Minor, Liszt’s Waltz Oubliee and his Sonotto del Petratch, and the difficult Firebrand Suite of Stravinsky and as a soloist for the Music Education League with The Little Orchestra Society conducted by Thomas Scherman.

It was apparent that Carol was becoming quite popular and attained high levels of prestige within the music world. Quoting a critic, “For one so young this sixteen year old pianist has had such an incredible number of honors bestowed upon her by various organizations, that it is not possible to list them here. She has won a number of gold medals notably the one from Griffith Foundation, which has been presented to her in succession for the last ten years. She is a dynamic and brilliant performer, remarkably mature for her age.”

Carol is truly an Assyrian prodigy when it comes to playing the piano. We should all praise her for her talents and abilities and shower her with adulation for being an Assyrian virtuoso!