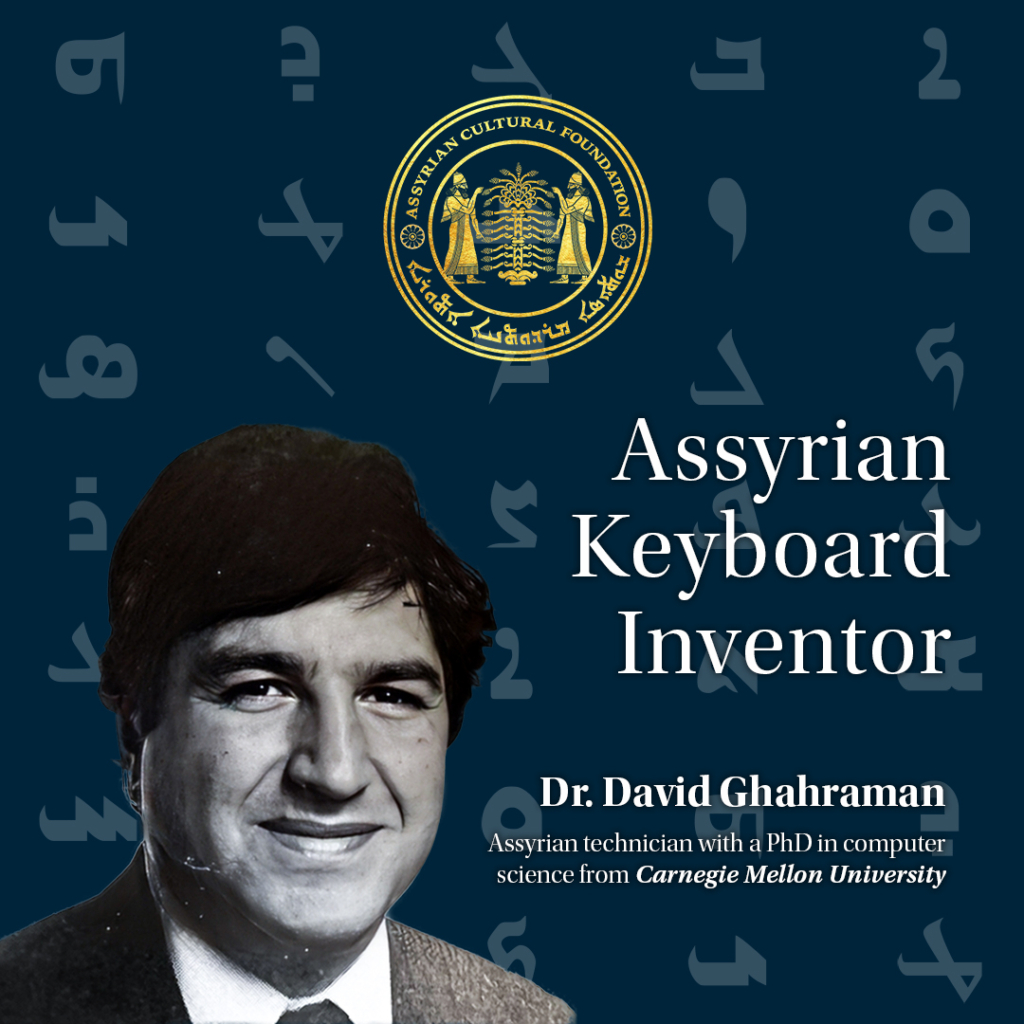 Preserving the Assyrian language and literature has proven to be a great challenge throughout the ages. In the early eras, our forefathers stored written communication on earthware and skins. Later on, as depicted by Ashurbanipal’s grand library, it was stored on clay tablets. With the creation of paper and the printing press, books were printed in the Assyrian language, but over the years have been lost due to destruction, malice, and/or negligence. With the challenges of storing and being able to safeguard that media, it was very difficult to attempt to preserve the Assyrian language along with its history.

This challenge prompted dedicated, proud Assyrians to find a way to overcome these factors and provide the world with a more convenient and safer method of preservation and distribution. In 1983, Belus Yadgar, a graduate student at San Francisco State University, decided to answer the call to action and started by trying to implement the Assyrian language on modern technology, the computer. The basic premise was to design a system that allowed the user to input Assyrian characters, store the text and be editable, and be able to be printed. The biggest challenge was programming the Assyrian characters onto the computer.

Dr. David Ghahraman, an Assyrian technician with a PhD in computer science from Carnegie Mellon University, began developing the software needed to create and program these Assyrian characters. He soon discovered, however, that the computer, from the Assyrian language point of view, had many shortcomings. There were shortages of zowee (Assyrian vowels), the column wasn’t formatted to traditional Assyrian writing (right to left), and the typing speed was slow. He worked meticulously with Belus Yadgar on these issues and after 3 long years, the computer program was as efficient as other language programs.

It is thanks to the valiant efforts of individuals such as those above that the revival and preservation of the Assyrian language and literature can be achieved. As technology continues to advance, there is no doubt that another Assyrian will take the reins and implement the Assyrian language on that media as well.