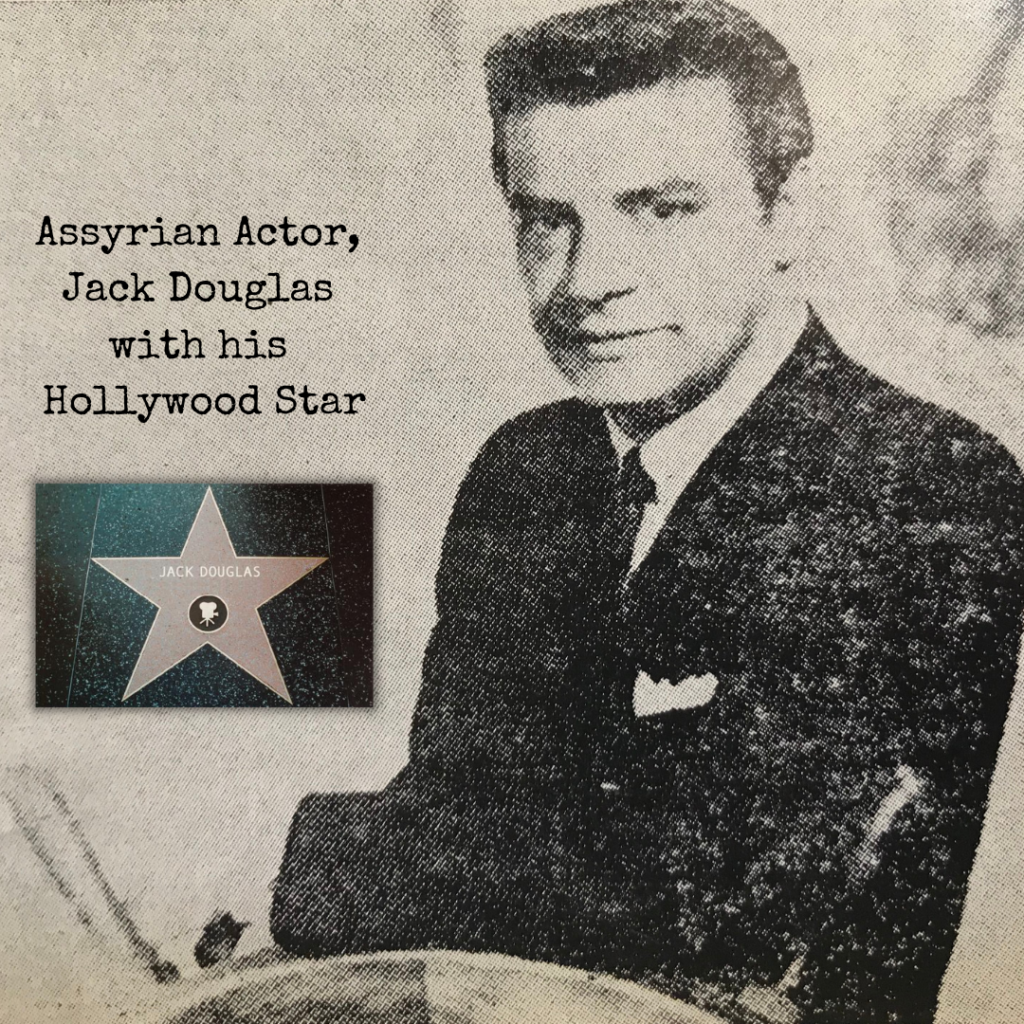 Did you know that an Assyrian man named Jack Douglas became a pioneer in travel-adventure shows on television in the 1950s and 1960s? Because of his early work in television, a star was added to the Hollywood Walk of Fame in his honor. It is located on the south side of the 6700 block of Hollywood Boulevard.

Jack Douglas was born in Urmia, Persia (now Iran) to Assyrian parents in 1921. His real name was John (according to his U.S. records), or Jonathon (according to two newspaper articles about him) Aivaz. He arrived in the United States with his family in 1926, at the age of five. His family then settled in New Britain, Connecticut.

Unfortunately, I could not find a lot of details about Douglas’ life. Most of his television shows listed on the Internet Movie Database website mistakenly link to a different Jack Douglas. Regardless, we do know that in 1954, he pitched an idea for a travel show to seven television stations in Los Angeles. Only the station, KCOP, decided to take a chance on Douglas with his show, I Search for Adventure. The show lasted for a year, and then Douglas produced other shows, such as Bold Journey, Seven League Boots, and Keyhole. For most of his shows, he acted as a host, either narrating an episode or interviewing someone. He did not actually travel to the places that he described on his show. Since Douglas came to the United States as a young boy, he had an American accent. Nobody watching him on television would have guessed that he was from Iran.

In addition to pioneering in television travel shows, Douglas also pioneered in producing television shows in color, when most people were still producing shows in black and white. Although I could not find a definite date, Jack Douglas passed away in 1997 or 1998. Click on this link if you want to see him interviewing someone at the beginning of an episode from his show Bold Journey.