Did you know that one of the most famous photographers of rock and roll artists of the 1960s and 1970s was an Assyrian?

Many people donate books to the ACF’s Ashurbanipal Library.  However, once we receive the books, we must go through them to make sure that they are relevant to our collection, meaning that they are about Assyrians.  Last year, we received a donation of a 2004 book called Jim Marshall: Proof, which was full of photographs by a man named Jim Marshall.  Initially, I thought that the book was irrelevant to our collection, because the photos were entirely of rock and roll musicians from the 1960s and 1970s.  However, after further research, I learned that Jim Marshall was actually an Assyrian photographer! 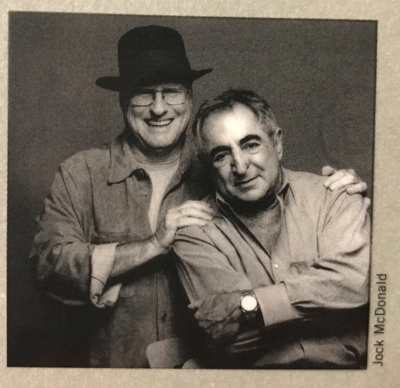 When we look at a photograph, we rarely think about the person behind the camera.  Because of this, most people have probably never heard of Jim Marshall, even though he is considered one of the pioneers of music photography.  Among his most famous photographs are some that he took at Woodstock in 1969.  He is also the one who took photos at the Beatles’ final paid concert, which was at Candlestick Park in San Francisco in 1966.  Other famous musicians who were captured by Marshall’s camera lens include Bob Dylan, The Grateful Dead, Johnny Cash, Janis Joplin, Jimi Hendrix, The Rolling Stones, and Joan Baez.  The Armenian writer, William Saroyan, and the Hollywood filmmaker, Woody Allen, were also some of Marshall’s photographic subjects.

Jim Marshall was born in Chicago in 1936 to Assyrian immigrants from Iran.  However, he grew up in San Francisco, since his family moved there when he was two years old.  A self-taught photographer, he first began to use his skills by visiting and photographing different jazz clubs.  Eventually, he made his way into the booming rock and roll scene of the 1960s and 1970s, which was an historic time in U.S. history.  What made his photographic style unique was that he made the musicians feel comfortable in his presence, ultimately allowing him to capture more personal moments from their lives. 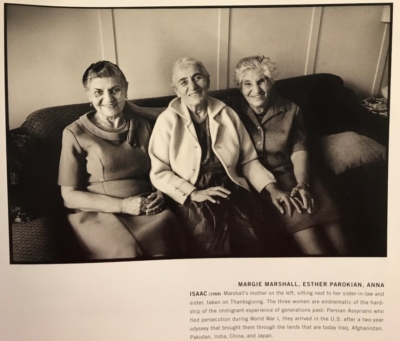 If you think that Assyrians have not made many contributions to American society, Jim Marshall proves otherwise.

Rosen, Miss. “The Photographer Who Defined the Look of Rock and Roll: Show Me the Picture.” Huck. August 27, 2019. https://www.huckmag.com/art-and-culture/photography-2/the-photographer-who-defined-the-look-of-rock-and-roll/ (accessed January 11, 2021).