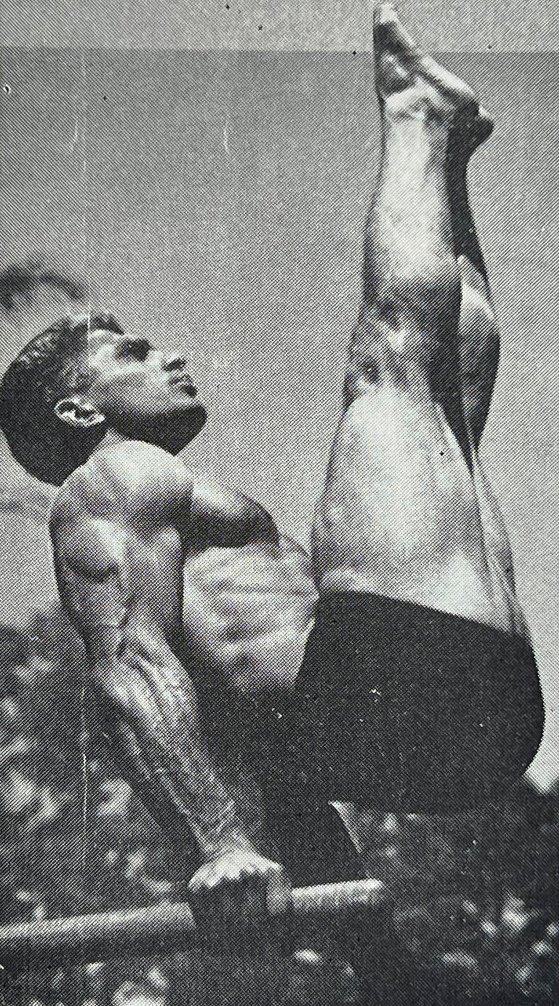 Meet Joel (Joe) Baba the Assyrian bodybuilder! Joe was born and raised in the Logan section of Philadelphia where he attended Northeast High School. During his time at Northeast, he began gymnastics and weightlifting, while also taking part in boxing and wrestling. He set a Philadelphia Public School record of 448 points in gymnastics when he captured the eyes of recruiters as a senior. He earned a full gymnastics scholarship to Syracuse University in 1948. After graduating with his Bachelors of Science in 1951, he went to Temple University and coached gymnastics there for 2 years.

Joe began his teaching career with the School District of Philadelphia in 1956. In 1957, he was employed with the Neshaminy School District where he taught physical and health education. He coached the boy’s gymnastics team from 1957 to 1975 and again from 1986 to 1988 ultimately leading the teams to the Pennsylvania State Invitational Championships with a 212-46 record. He also led the teams to 11 League Championships and 1 State Title, the PIAA Championships, in 1986. In addition to coaching gymnastics, he also began coaching boys’ varsity volleyball from 1988 to 1991 and was an administrator from 1975 to 1985.