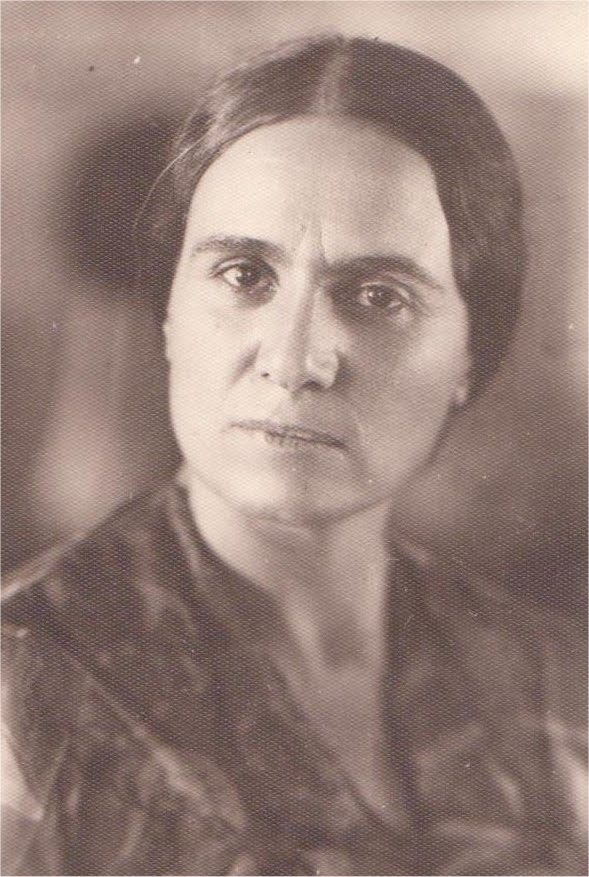 Did you know that in 1957, an Assyrian woman named Lily Oraham Taimoorazy formed an Assyrian folk dance group in Tehran, Iran called the Shamiram Folkloric Group?  This group of dancers and musicians appeared on television, performed throughout Europe (including at the world-renowned La Scala opera house in Milan, Italy), and became a member of the Iranian Ministry of Fine Arts.  Additionally, the group performed at two elaborate celebrations in Iran: the 1967 coronation of Shah Mohammad Reza Pahlavi, and the 1971 commemoration of the 2,500-year-old anniversary of the Persian Empire.  Because of her efforts, Taimoorazy is often called the mother of Assyrian Folk Dancing.

Lily Oraham was born in Urmia, Iran to Younan Oraham (who was from the village of Siri) and his wife, Maryam Gewargis (who was from the village of Anhar) in 1900.  Her father, Younan Oraham, was a remarkable man himself.  From 1902 to 1906, he went to the United States to attend seminary, and even became a U.S. citizen.  After returning to Iran, he co-founded Kokhwa newspaper with Yohannan Mushie, and also served as Kokhwa’s treasurer.

Younan Oraham desired to eventually move to the United States with his family, however, World War I and the Assyrian Genocide soon broke out, thus ruining his plans.  Instead, Mr. Oraham rescued 2,000 Assyrians from Hakkari, Turkey by providing them with places to live on his extensive property in Siri.  When many of these people fell ill, young Lily Oraham helped nurse them.  Unfortunately, Younan Oraham also became ill during that time and passed away in 1915.

Prior to Younan Oraham’s passing, he advised his daughter, Lily, to educate herself and delay marriage, which were both unusual pieces of advice for a woman during that time.  Following her father’s wishes, Lily Oraham attended Fiske Seminary, a missionary school for girls in Urmia, where her mother had also attended.  However, right before her graduation, an Assyrian physician named Hakim (doctor) Benyamin Taimoorazy asked for her hand in marriage.  Lily’s mother accepted the offer on behalf of her daughter, because she wanted to protect her from the ongoing genocide and war.  At the wedding, the famed Assyrian general, Agha Petros, was the best man.  He and his wife, Zarifa Khanum, gave the couple a peacock as a wedding gift.

Soon after the wedding, Hakim Benyamin took his wife to the country of Georgia to escape the Assyrian Genocide.  While in Georgia, Lily Taimoorazy earned a college degree and also taught the Assyrian language.  The Assyrian nationalist, Dr. Freydun Atouraya, was one of Dr. Taimoorazy’s nephews, so would occasionally visit the couple when they lived there.  His Bible, which is now in the possession of his family in New York, still has comments and insight that both he and Lily Taimoorazy added to the Old Testament portion of it.

The Taimoorazy family soon grew with the birth of a daughter and two sons.  Eventually, the entire family moved to Iran, where Hakim Benyamin continued his medical practice.  At the time of his passing, in 1954, church bells rang throughout the village of Chahrbakhsh, in honor of a man who had cared for many people.

Although Lily Taimoorazy had a busy family life, that did not stop her from furthering her education.  In 1939, she obtained a Bachelor of Arts degree in Geography from the Asian Free University.  Later, in 1957, that same University granted her an honorary Ph.D. for her work on ancient Iranian relics and monuments.  She even became an honorary professor there during that time.

In addition to her academic pursuits, Mrs. Taimoorazy also used her talents to assist the Assyrian community.  For example, as previously mentioned, she founded and choreographed the Shamiram Folkloric Group in 1957.  Unfortunately, this group dissolved in 1980 when the Islamic Republic of Iran forbade dancing and music in the country.  Mrs. Taimoorazy also assisted the Assyrian community by raising approximately $2,000 for a new Assyrian school called Shushan.  Last but not least, Mrs. Taimoorazy wrote poetry and children’s stories in the Assyrian language, and also translated some Russian literature into Assyrian.

Lily Taimoorazy ultimately passed away in Iran in 1992, but her legacy lives on today.  Her grandson, Benjamin Taimoorazy, followed in his grandfather’s footsteps, and currently practices medicine in both Illinois and California.  He is one of the top 7 doctors in pain management in the United States today, and is also an author and inventor.  The Taimoorazy’s granddaughter, Juliana Taimoorazy, was nominated for the 2021 Nobel Peace Prize for founding and overseeing the Iraqi Christian Relief Council, an organization that provides support to Christian refugees in the Middle East.  She is the first Assyrian woman to be nominated for a Nobel Peace Prize.