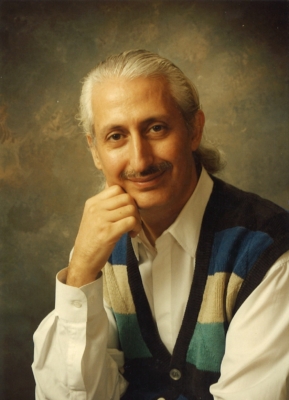 The Assyrian Cultural Foundation’s Lead Music Instructor, Rasson Betyonan, helped create ACF’s music program.  However, his musical contributions do not stop there.  He has been teaching and composing music for over forty years.

Born in Tehran, Iran, Betyonan showed an interest in music at an early age.  Although his parents discouraged him from playing music, that did not stop him from pursuing it.  When his friend began taking private guitar lessons, 12-year-old Betyonan decided to start saving his lunch money by skipping lunch, so that he could buy himself a guitar as well.  After about two years of not eating lunch, Betyonan successfully saved enough money to purchase a guitar.  He then started taking lessons from his friend.

Although Betyonan has always loved music, he has had many other interests as well.  He has an insatiable love for learning.  Therefore, in 1971, he decided to leave Iran to find more educational opportunities in the United States.  Whereas most of his friends purchased cars once they arrived in the United States, Betyonan saved his money to purchase a piano.  He also started taking piano classes, because he wanted to start composing music, and knew that this would require him to learn the piano.  During his early years in the United States, Betyonan became a guitarist in the Shahra Band, which was one of the first Assyrian bands from Chicago.

Betyonan began teaching private music lessons in 1980, when a woman from his church asked him if he could teach her granddaughter the piano.  He said yes, and soon realized that he enjoyed teaching music.  Eventually, Betyonan rented a studio and began teaching many more students.  In addition to the piano, he also taught vocals and guitar.  At one point in his career, Betyonan had approximately 80 students per week.

In 2007, one of Betyonan’s former students offered to help him create a CD of some of his compositions.  Together, they created a CD called Theme and Variation in Four Movements.  The first three movements are based on different Assyrian folk melodies, but the last movement is based on the Assyrian dance called shaykhani.  You can learn more about Betyonan’s CD on his website.

Betyonan has been a music instructor at ACF since Tiglat Issabey first began its music program in 2014.  Issabey’s desire to take music to a higher standard of professionalism impressed Betyonan, so he was delighted to join the program.  Betyonan has helped create the curriculum, chosen the program’s books, and implemented a leveling system for the classes.  He believes that it is important to push his students to do their best, and open their eyes to the fact that learning music can actually help them in other aspects of their lives as well.  According to Betyonan, a full education must include the liberal arts in order to truly understand our world.