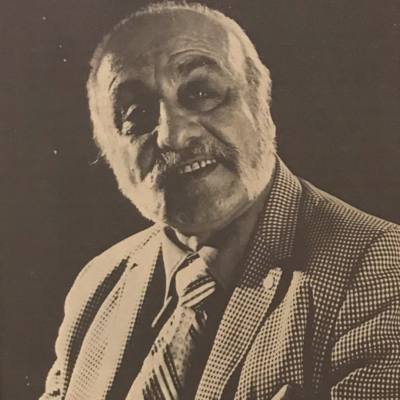 Did you know that there was an Assyrian artist who painted royalty?

Salvatore Salla may not sound like an Assyrian name, but this man was actually a famous Chicago painter in the early and mid-twentieth century.

Isho Sava was born to Abraam and Angel Sava on August 3, 1903 in Khosrawa.  Khosrawa, also known as Khosrowabad, is an Assyrian village in Salamas (Salmas County) in northwestern Iran.  Although born in Iran (Persia at the time), Sava grew up in Constantinople (present-day Istanbul).  He studied art in Turkey, Switzerland, and Paris, and was fluent in seven languages, including Assyrian, French, English, Persian, and Italian.  While in Turkey, Sava had the honor of painting the Turkish Sultan, Mehmed Ghazi.

In 1920, Sava and his family came to the United States through Ellis Island in New York City.  They settled in Chicago.  Sometime before becoming a naturalized citizen of the United States, Sava married a woman named Anna Ursini.  The two of them ultimately had three daughters and one son.  Once Sava became a U.S. citizen, he changed his name to Salvatore Salla.  Since he was a painter, perhaps he thought that this new name would sound better for his profession.  There is some confusion regarding his surname, because although his U.S. naturalization record and Ellis Island passenger list write it as “Sava,” a July 21, 1971 Chicago Tribune article entitled “Chicago Artist Paints Royalty” says that his last name was previously Sallaheddin.

Salla built his reputation in Chicago as a portrait painter.  First, he worked as the Chicago Civic Opera’s official portrait painter.  Eventually, he had his own studio, and painted the portraits of many people, including politicians and magicians.  He was even an amateur magician himself.  His paintings were not limited to portraits, but also included landscapes, murals, and marine life.

In addition to painting, Salla taught at the American Academy of Art in Chicago for many years.  He was even featured in the books Who’s Who in American Art and Who’s Who in the Midwest for several years.  In 1971, Salla painted portraits of Shah Mohammad Reza Pahlavi and his wife, Queen Farah, based on photographs of them, and presented them to the Royal Family during the 2,500-anniversary celebration of the Persian Empire.

Later in life (I assume that his wife, Anna, had passed away), Salla married a German woman named Trudy.  Salla eventually moved to San Diego, California, and passed away in 1991.