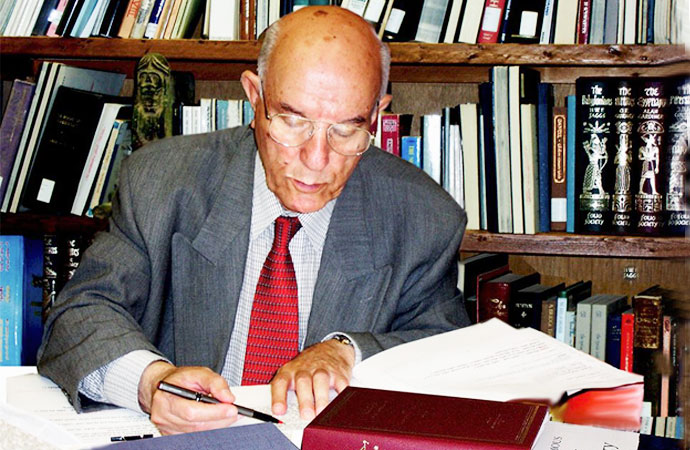 The Assyrian Universal Alliance Foundation family is deeply saddened by the loss of the Honorable Homer Ashurian, who passed peacefully in Chicago, IL on Saturday, July 30, 2016. He was a central part of the AUAF for nearly thirty years, and will be sorely missed.

The late Homer Ashurian was born and raised in Urmia, Iran. He graduated from the University of Tehran with Masters Degrees in Archaeology and Assyriology. In 1958, he became a curator for the National Museum of Iran. Then in 1963, he went on to serve as the principal of two high schools in Tehran.

Five years later, he was part of the committee that established the Assyrian Universal Alliance (AUA) in France. During this time, Ashurian also served as the editor for two Assyrian magazines, titled Kirkha (“the scroll”) and Shvila (“the way”), both published in Tehran.

He ultimately found himself resettling in the United States with his wife, Suzy, and his two sons. Though far from home, distance did little to stop his efforts to secure a better future for his people, both in the homeland and in the diaspora. He joined the AUAF Board of Directors in 1987. Those who knew and worked with him here recall his total commitment to the organization’s mission and to the community. His experience and his knowledge of Assyrian history was highly respected by staffers and community members alike, many of whom viewed him as a mentor.

He had a forceful commitment to improving the lives of Assyrians in the homeland, as well as helping Assyrians in the United States through the challenges they faced with resettlement. Current Member of the Board Juliana Jawaro worked with Ashurian for many years and remarked, “We cannot thank him enough for his generosity demonstrated through the time and effort he dedicated to the AUAF.”

Young Assyrian activist Rose Youhanna posted a tearful tribute to Ashurian, writing, “I consider myself incredibly lucky to have had the chance to work with him through the Assyrian Universal Alliance Foundation. Rabi Homer was instrumental in countless AUA projects and endeavors, not least of which was my internship in The Hauge in 2013.”

The list of the Honorable Homer Ashurian’s accomplishments and contributions would fill many pages. Even those who did not have the opportunity to work with him are very familiar with his reputation, his work, and his legacy. As Fr. Dr. Sharbel Bcheiry of the Syriac Orthodox Church said on his passing, “His dedication and work will always be remembered and appreciated.”

Ashurian dedicated his broad intellect and his boundless energy to a singular cause: Assyrians. Though he is no longer with us, his legacy will live on—both in our mission at the AUAF, and in the hearts of all the people who have had the pleasure of working with him. We are grateful for his service.

Funeral arrangements have been set for the late Homer Ashurian. He will be laid to rest on Thursday, August 4, 2016. His funeral services will be conducted at Assyrian Christian Church located at 3300 W. Bryn Mawr Avenue in Chicago, IL. Burial services will follow at Montrose Cemetery located at 5400 N. Pulaski Road in Chicago, IL. A luncheon will be held in his honor following the services at 2:00pm at the Assyrian National Council of Illinois building located at 9131 Niles Center Road in Skokie, IL. The public is welcome to attend his services.