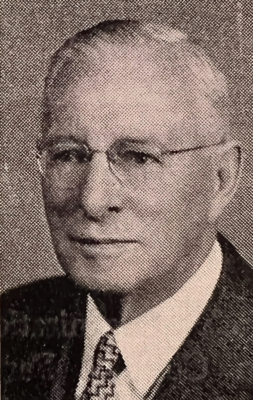 Dr. Harry P. Packard was a medical missionary who served in Iran for over 40 years. Dr. Packard was assigned to the West Persia Mission in 1906 where he stayed until 1913. Dr. Packard expressed great interest to his medical board that he wanted to be transferred from Urmia to Meshed, as his services were greatly needed at this station. The board agreed to this and stated that he should report to the station in Meshed. When this information reached the mission in West Persia, a protest erupted. When all was said and done, the board rescinded their previous decision and Dr. Packard was to stay in West Persia. This anecdote highlights the benevolence and esteem that Dr. Packard had when in West Persia. The people in this mission were so attached to Dr. Packard and his kindness, teachings, and medical prowess that they would protest to keep him there. They were truly grateful for everything that Dr. Packard had done for them.

Ultimately, he remained there until 1919 when he was called upon to serve in the Armed Forces of his country. During his years of service in the Armed Forces, Assyrians everywhere came to know and love Dr. Packard. He was a man of great personality, bravery, and devotion to healing the wounded and ill. He was responsible for literally saving the lives of thousands of Assyrians injured in the line of duty. He even provided them shelter in church buildings.

From 1921 to 1944 he was assigned to medical work in the Kermanshah area. The people there knew him as a compassionate and warm-hearted physician who would frequently serve the needy and poor. In 1944, he was appointed as a medical attaché by the state department of the United States and assigned to the American Embassy in Teheran until his retirement in 1946.

Dr. Packard was a great man who had an even greater heart. He was known far and wide for not only his talents as a physician but for his compassion and benevolence.