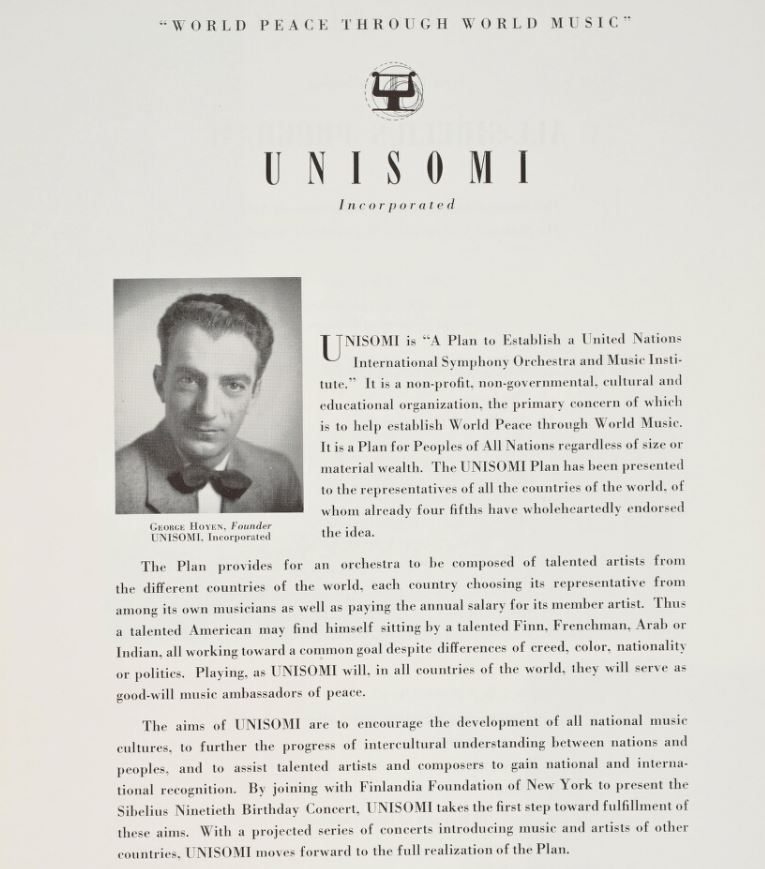 Did you know that an Assyrian-American conductor named George Hoyen attempted to create an international orchestra as a branch of the U.N. to promote world peace?  He even sought the help of Eleanor Roosevelt to do so.  However, despite all of his efforts, which included sponsoring a performance at Carnegie Hall in honor of the 90th birthday of the Finnish composer, Jean Sibelius, he never succeeded in his goal.  His proposed orchestra would have been called the United Nations International Symphony Orchestra and Music Institute (UNISOMI). 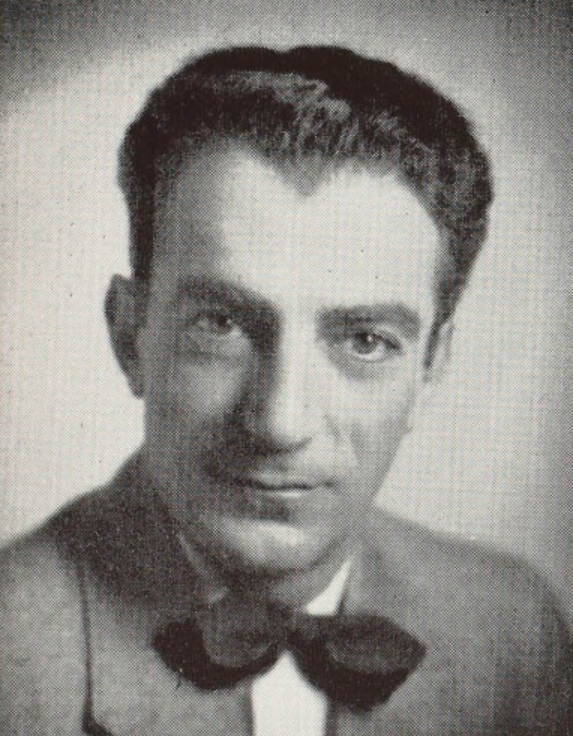 Aphrem George Hoyen (he went by “George”) was born in the state of Massachusetts to Assyrian immigrants from Harput, Turkey in 1906.  He obtained a bachelor’s degree in music from the New England Conservatory of Music in Boston, Massachusetts in 1931.  While at the Conservatory, he sang bass in the school’s glee club, played viola in the school’s orchestra, and even conducted in that orchestra.

After graduation, Hoyen received the Salzburg scholarship, founded by the Society of American Friends of the Mozarteum, to study abroad in Salzburg, Austria.  He subsequently received a diploma and certificate of honor from the Mozarteum Academy of Salzburg.  Afterwards, he briefly conducted for different orchestras including the Salzburg Festival’s orchestra, an orchestra in Vienna, and an orchestra in Finland.  Additionally, he went on several music tours to South America, where he served as a conductor.  Once WWII began, Hoyen enlisted in the U.S. Army and founded and directed a symphony orchestra at a military camp in the state of Virginia called Camp Lee.  Perhaps WWII helped influence Hoyen’s desire to create an orchestra to promote world peace?

According to the July/August, 1970 issue of the The Assyrian Star magazine, Hoyen was an Assyrian nationalist who dreamed of having an international Assyrian headquarters in Washington D.C. or in New York City, near the United Nations.  Prior to his untimely death in 1970, Hoyen had planned to write a symphony based on the Epic of Gilgamesh.

“George Hoyen – In Planning Meeting with International Music Board.” The Assyrian Star, July/August 1970.