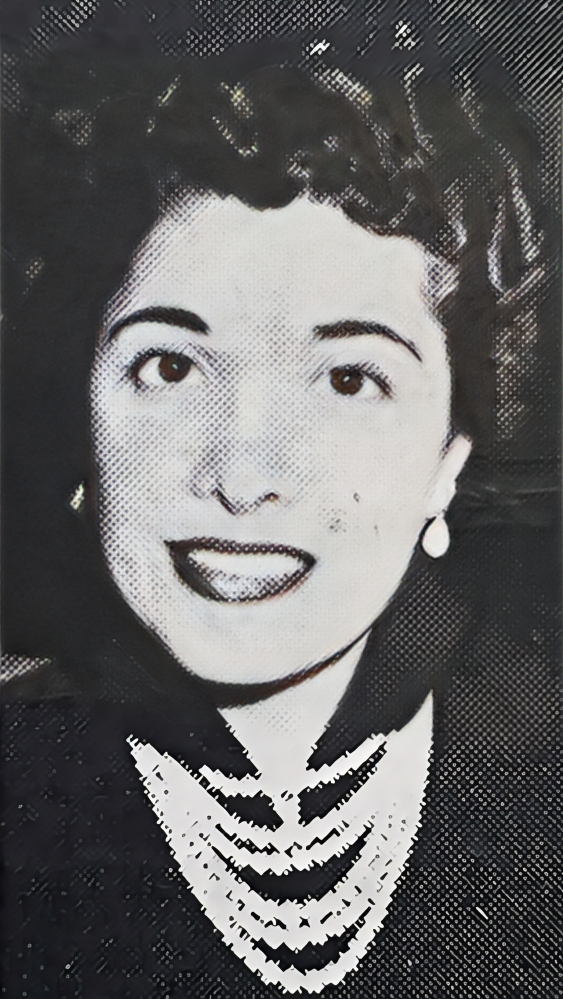 Frances “Fran” Jacobs was born in Chicago and was the wife of Jack Jacobs, commander of the Assyrian-American War Veterans, Joel Schoo Post. While she had many tremendous talents, her most notable one was her ability to sing. She had a love of music and in the early days of Chicago television, she was a featured singer for many programs including the Walgreen Open House. She has also sung in many Assyrian weddings throughout the eastern states.

In 1951, she moved to New Britain and became greatly involved in the community. She was a long time member of the South Church in New Britain where she was a soloist and Senior Deaconess at the Church. She was also vice president of the Greater New Britain Opera Association, and President of the New Britain Musical Club. She also wrote for 18 years in the Assyrian Star as a columnist in a column called CT Chit Chat.

Fran got to partake in a lot of interesting and exciting experiences throughout her life. For example, her love of travel also became a job when she joined a travel agency as outside sales. She ended up traveling to 5 of the 7 continents. She also was the star of her own New Britain program on WHAY that aired every Sunday night. She even had her own radio program that was called “Golden Moments of Songs”.

Fran was truly a remarkable individual that has had many interesting experiences. She was truly a very active individual not only for herself, but for the Assyrian community as well.