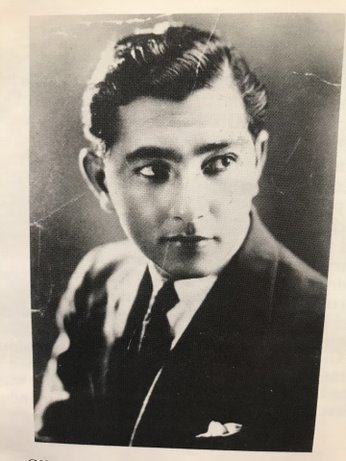 One of the most iconic Assyrian songs is Ya Nishra Tkhuma.  The lyrics are based on a poem by the Assyrian nationalist, Dr. Freydun Atturaya, which he wrote while in a Soviet prison in the 1920s.  However, the poem received renewed attention in 1935, when Gibrail Yosip Sayad recorded the song onto an LP record.

In 1933, up to 6,000 Assyrians were massacred in and around Simele, a town located in the newly-created country of Iraq.  After Gibrail Yosip Sayad heard the tragic news of what had happened to his Assyrian people, he felt inspired to record ten Assyrian songs in 1935, including Ya Nishra Tkhuma (translated as “Oh, Eagle of Tkhuma”).  Whereas Ya Nishra Tkhuma’s lyrics are based on Dr. Freydun Atturaya’s nationalistic poem, an Armenian composer created the melody.  You can listen to the song here.  In the song, the singer prays that one day the Assyrian people will be restored to their ancestral homeland and live in peace.  Ever since the release of Sayad’s recording, dozens of other Assyrian musicians have performed and recorded Ya Nishra Tkhuma as well.

Gibrail Yosip Sayad was born in Urmia, Persia (present-day Iran) in 1914.  However, he attended school in Iraq, presumably because his family fled Urmia during the Assyrian Genocide that occurred during World War I.  Sayad recorded his five LP records while still living in Iraq.  He recorded under the British label, His Master’s Voice.

Sayad eventually returned to Iran and worked for William Daniel’s Assyrian radio station there.  While with the radio station, he worked as a voice actor, recording several plays in Assyrian, including William Shakespeare’s Hamlet.  In addition to the radio station, he held active roles in other Assyrian groups in Iran as well, while also holding a career in Iran’s transportation industry.

In 1943, Sayad married an Assyrian woman named Khatoon.  They had four children and remained happily married until his death in 1995.  Nearly twenty years after their marriage, Gibrail and Khatoon Sayad moved from Iran to California in 1965.  Sayad worked in various jobs in the United States until his retirement in 1986.  He is now buried at Turlock Memorial Park in Turlock, California.