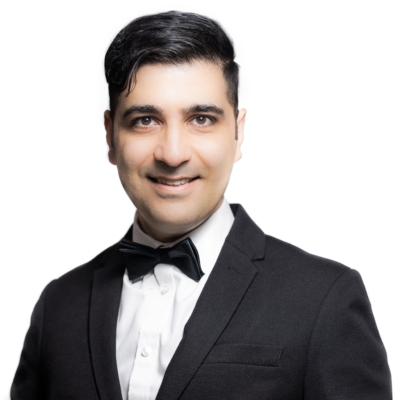 Did you know that Ilbrone Petrossi, the actor in the Assyrian films Cousins and Basamtit Reesha, is also the primary photographer and videographer for ACF’s events?

Since 2017, Ilbrone Petrossi has been producing photos and videos for ACF.  From our music recitals to our art competitions to our staff photos, Ilbrone is always ready to capture the moment with his camera.  However, camerawork is just one of his many talents.

Born in Tehran in 1984, Ilbrone was introduced to art at a young age.  His father, George Petrossi, has been a voice-over actor in Iran since 1968, where he dubs voices for different movies so that a Persian audience can understand them.  Through his father, Ilbrone participated in several voice-over and acting roles when he was young, including an infomercial about the National Iranian Gas Company.  In addition to acting, Ilbrone also began learning classical piano at the age of 9 and performed in many recitals in Tehran.

Ilbrone moved to Chicago in 2001, in order to find better education and life opportunities.  He eventually earned a Bachelor of Science degree in Technical Management from DeVry University, and currently works as an Access Network Engineer for Comcast.  Although his career is more technical, Ilbrone continues to make art and film a part of his life.

Not long after arriving in the United States, Ilbrone got involved with Martin Khoshaba’s 2005 Assyrian film, Cousins, where he played the character Gary.  He returned to acting in 2016 by playing the role of Richard in Martin Khoshaba’s Assyrian film Basamtit Reesha.  In addition to acting, Ilbrone began experimenting with photography in 2009.  His talent and passion for photography has grown over the years and continues to win him increasing recognition.  In 2011, Ilbrone decided to get involved in yet another hobby.  Inspired by his father, Ilbrone now does voice-over projects on the side, mostly for commercials and concert promos.

You can view the work that Ilbrone has done for ACF on our YouTube and Facebook pages.  Thank you, Ilbrone, for all of your hard work.