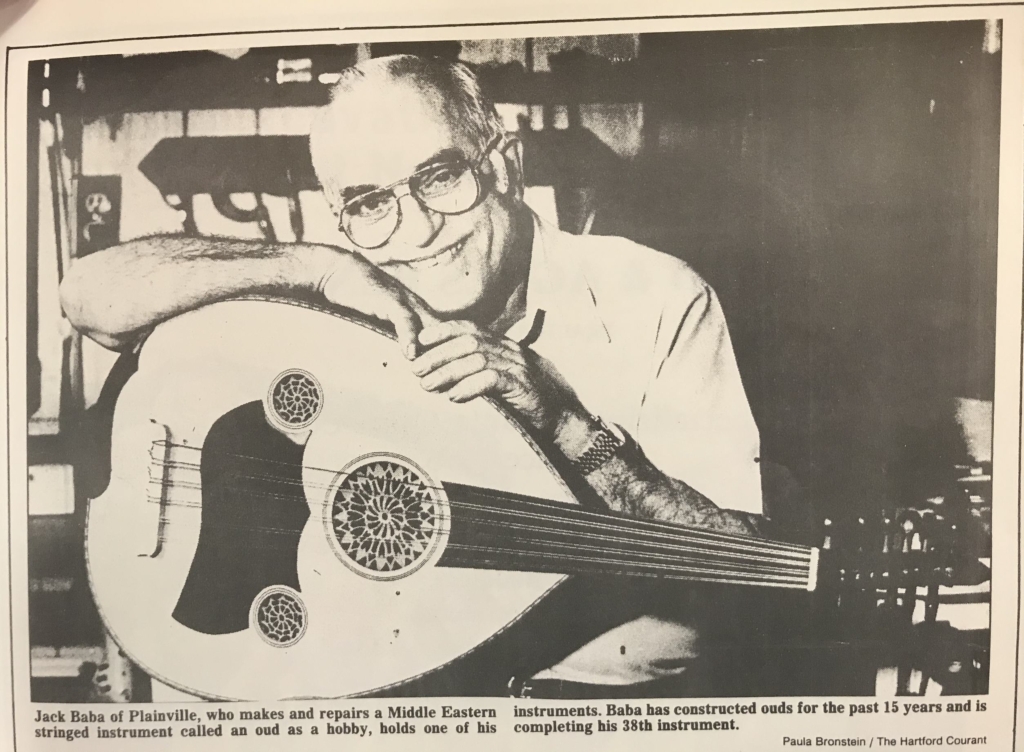 Did you know that the late Jack Baba, an Assyrian man from Connecticut, used to make ouds?  He would carve the pear-shaped, stringed instruments out of wood during his spare time.  His license plate even said “OUD-MKR,” which is short for “Oud Maker.”  Although I was unable to determine how many ouds Baba made total, by 1987, he had already created 37 ouds, meaning that he probably made many more prior to his death in 2008.  There are several varieties of ouds; Baba’s were designed in the Turkish style.

Jack Peter Baba was born in New Britain, Connecticut to Peter and Aslie of Urmia, Iran in 1922.  During World War II, Baba served in the U.S. Navy, where he first started playing the mandolin.  That introduction to an instrument in the lute family eventually paved the way for his interest in the oud.  Once he returned to Connecticut, Baba’s friends convinced him to purchase an oud, so he traveled to New York City and bought one.  His love for playing the oud eventually extended to listening to and making the instrument as well.

Baba married another Assyrian, Viola Tamaraz, and had two sons with her.  He also served as the president of the Assyrian American National Federation for a time.  Although Baba sold his ouds to people, he made them because he enjoyed it, not because he wanted to make a profit from them.  His actual employment was with General Electric for thirty years, and then with the Fafnir Bearing Company for another 10 years.  Baba passed away in 2008 at the age of 86.