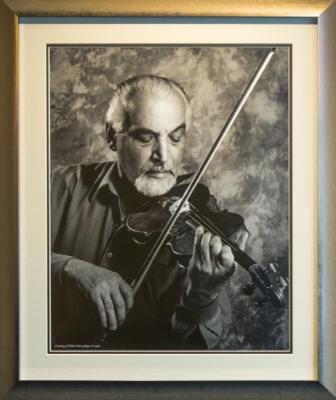 Did you know that the Assyrian Cultural Foundation’s Music Program is Named After the Assyrian Musician, Nebu J. Issabey?

Among his many accomplishments, Issabey is perhaps best known for founding the Nineveh Choir in 1955, which was Tehran’s first Assyrian choir.  The choir performed a wide variety of pieces, including works by composers such as Handel and Bach.  Through Issabey’s efforts, the choir grew in prestige so that by 1966, the Iranian Fine Arts Council named the Nineveh Choir the best choral group in Iran.  Even the Shah of Iran took notice, and invited the Nineveh Choir to perform for him frequently.

Nebu Juel Issabey was born to Juel and Harriet Issabey in Tabriz, Iran in 1930.  Exhibiting musical talent at an early age, he first received training from his mother, but soon studied under the Italian violinist, Luigi Pazanari, and the French violinist, Tina Montofel.  Issabey would go on to continue his musical studies, first in Lausanne, Switzerland and later at the Music Academy of Cologne in Germany.  He formed the Nineveh Choir during the years in between his time in Switzerland and Germany.

Issabey’s wife, Shamiran, was a trained classical singer who had studied under several instructors, including William Daniel.  She eventually joined the Nineveh Choir, where she met and married Issabey.  Their son, Tiglat Issabey, is currently the President of the Assyrian Cultural Foundation and the founder of its music program.

In 1973, Issabey came to the United States, where he continued performing music and leading choirs.  He eventually revived the Nineveh Choir, which later became the Assyrian National Choir.  In addition to performing music, Issabey was also a composer.  Perhaps, one of his most famous pieces is “Roomrama,” which he hoped would one day be internationally recognized as the Assyrian national anthem.