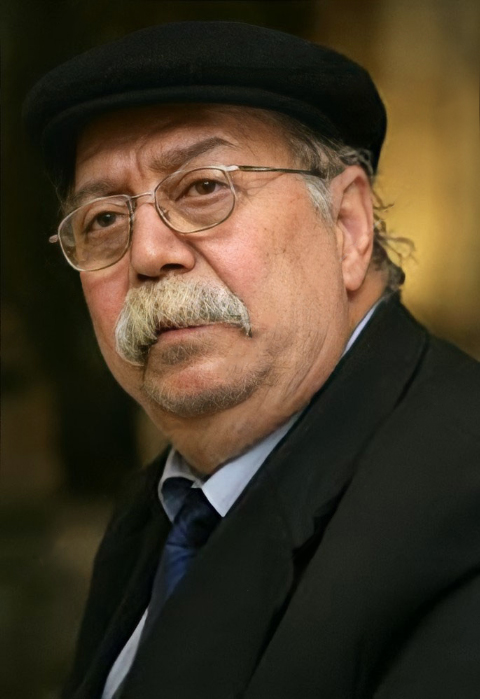 Did you know that the Assyrian musician, Nouri Iskandar, composed the soundtracks for several films and television shows in Syria?  This includes the soundtrack for the 1979 film that won second place at the Damascus International Film Festival, Al-Qal’a Al-Khamisa (The Fifth Castle).  In addition to soundtracks, he has also composed other pieces of music as well such as a Syriac operetta called Parqana, Assyrian folk songs, and a classical piece called Solo Oud with String Trio.

Nouri Iskandar was born in the city of Deir ez-Zor in Syria in 1938.  However, his musical family originally came from Urfa, Turkey.  When Iskandar was 3-years-old, his family moved from Deir ez-Zor to Aleppo, Syria, where Iskandar lived for most of his life.  However, Iskandar did briefly live in Cairo, Egypt from 1959 to 1964, while studying music at Cairo University.  He sadly had to leave Aleppo in 2014 because of the Syrian Civil War, and has been living in Sweden ever since.

In 1972, Nouri Iskandar, Aho Gabriel, and Amanuel Salamon founded the Shamiram Folklore and Musical Group.  This group performed annually at the UNESCO Palace in Beirut, Lebanon from 1972 until the Lebanese Civil War began in 1975.  What made these folkloric performances unique is that they were the first known instance in which singers performed in both the Eastern and Western Assyrian dialects during the same concert.

Iskandar is part of the Syriac Orthodox Church, so he has notated and compiled over 700 church chants into a book called Beth Gazo.  Over the years, he has also created different church choirs, as well as served as the director of the Conservatory of Music in Aleppo.  You can listen to one of his musical compositions here.