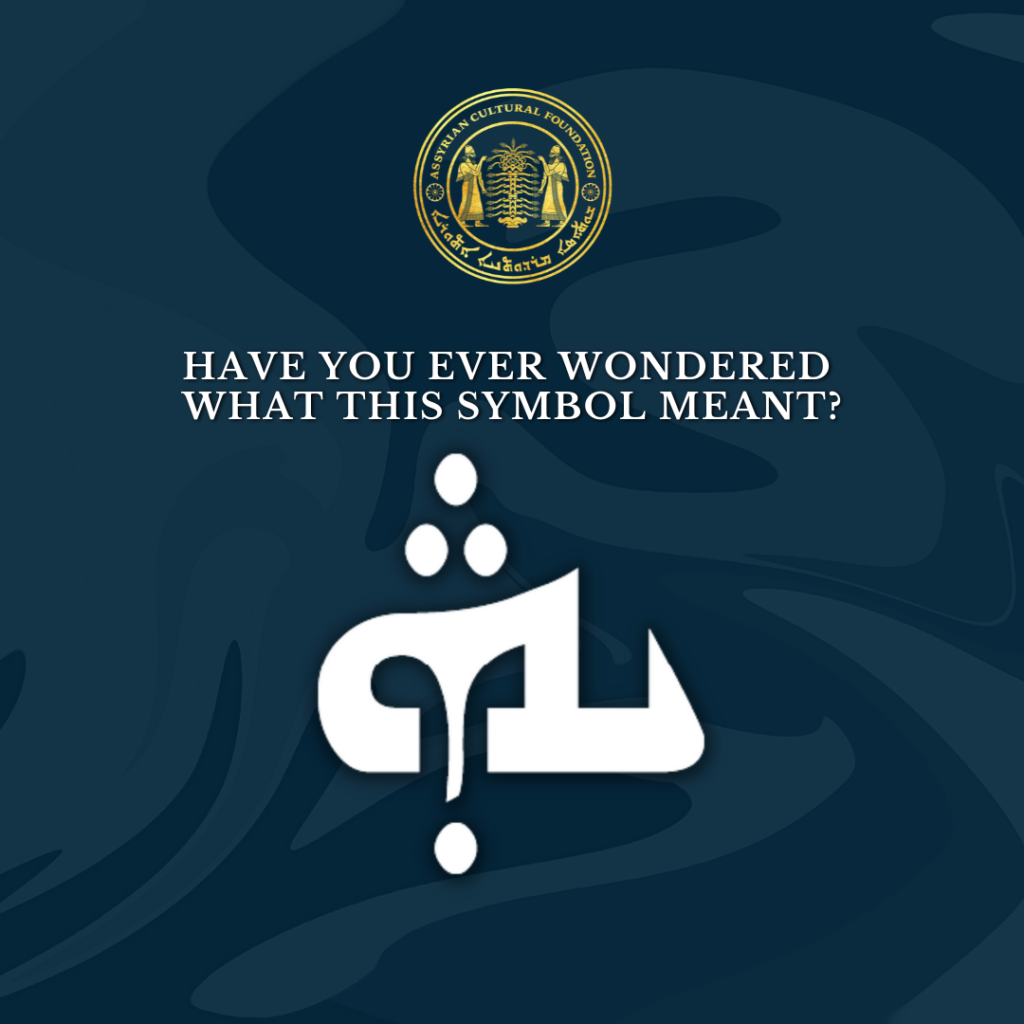 Have you ever seen this word, ܞ, and wondered what it means?  Pronounced Yah, it means God and is spelled with the Assyrian letters yod and heh.  Assyrians usually use the word Alaha ܐܠܗܐ when referring to God, however, Assyrian scribes used to write the word Yah on their religious manuscripts.  Today, you may also see Assyrians wearing jewelry that says Yah, or see Yah decal stickers on cars. 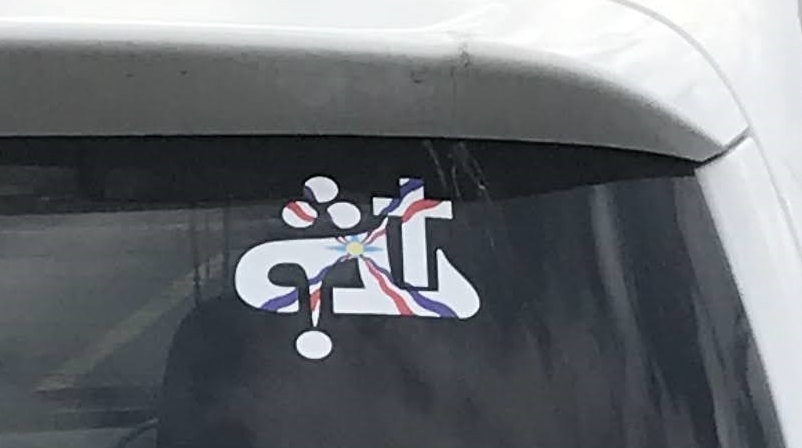 In the Jewish Bible (Old Testament), different Hebrew words were used for God.  However, only one Hebrew word in the Bible was considered God’s true name.  That word is spelled yod, heh, vav, heh (יהוה).  Jews do not pronounce it, so as not to take God’s name in vain, but in English, it is sometimes called the Tetragrammaton, or written out as YHWH, Jehovah, Yahweh, or LORD (spelled in all capital letters).  Nobody is absolutely certain what this name means, but many believe it is connected to the Hebrew word for “to be” (היה), and the Biblical text in Exodus 3:14.

A shortened, poetic form of this name of God, Yah (spelled yod י and heh ה), is found approximately 50 times in the Bible.  This is the same Yah ܞ that Assyrians use.  However, the Assyrian spelling of Yah ܞ is unique in that three dots are placed above the letter heh, and one dot placed below it.  Traditionally, the three dots above represent the Trinity (Father, Son, and Holy Spirit), while the dot below it represents how God is still one.  Many Biblical names have Yah in them, such as Isaiah (Ishaya in Assyrian), Jeremiah (Eramya in Assyrian), and Elijah (Eliya in Assyrian).  The word Hallelujah also has Yah in it, and means “Praise God” in both Hebrew and Assyrian.

Hopefully, now, when you see the Assyrian word ܞ, you will have a better understanding of what it is!