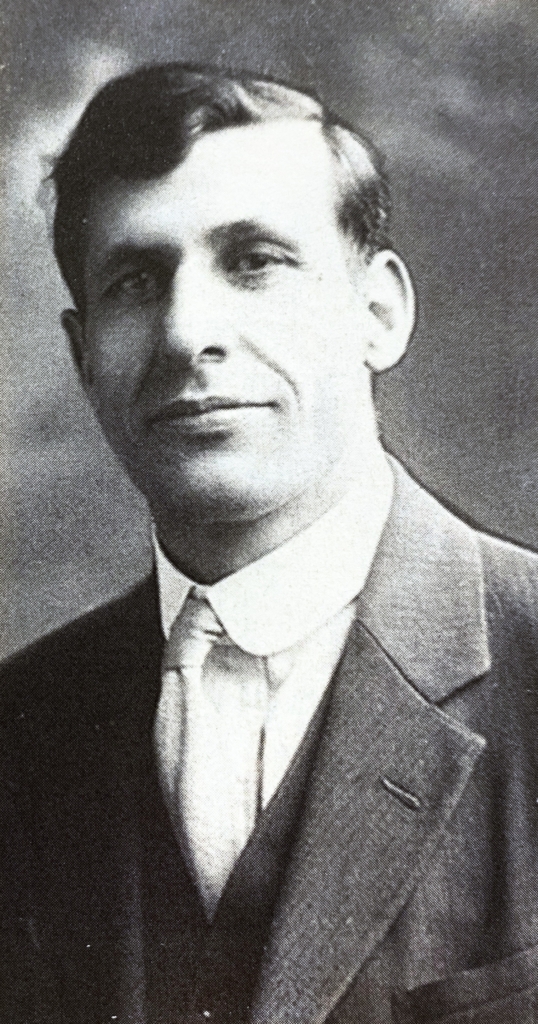 Rev. Paul Sarkhosh Newey was born on October 8, 1885 in Tutrush, Urmia. On October 8th, 1885. Rev. Newey attended Urmia Prepatory School in 1899, receiving his A.B. Degree from Urmia College in 1904. Academia was immersed in education, after graduating college, he became the principal at the Culpashan School in (Iran) for one year, and Geogtapa School from 1905-1906.

After his time of serving as principal, Rev. Newey moved and arrived in the United States in 1906. Throughout his time in the United States, the Christian Endeavor Society was organized. At this point, Rev. Newey became the first president, which was then later occupied by others. The Christian Endeavor Society was founded to assist with missionary work.

Rev. Newey’s education not only shined through Iran, but was pursued in the United States as well, as he achieved his Bachelor’s of Divinity Degree from Theological Seminary in 1913, where he then became ordained and began ministry. On September 1st, 1913, at Carter Memorial Church, Rev. Newey married a woman by the name of Mary Yonan. The Newey family ended up having three children by the names of Paul Davis (who ended up becoming the chief investors got for the state attorney’s office), Harold Wilber, Marie Laily, Donald Wesley, and Carl Timothy. 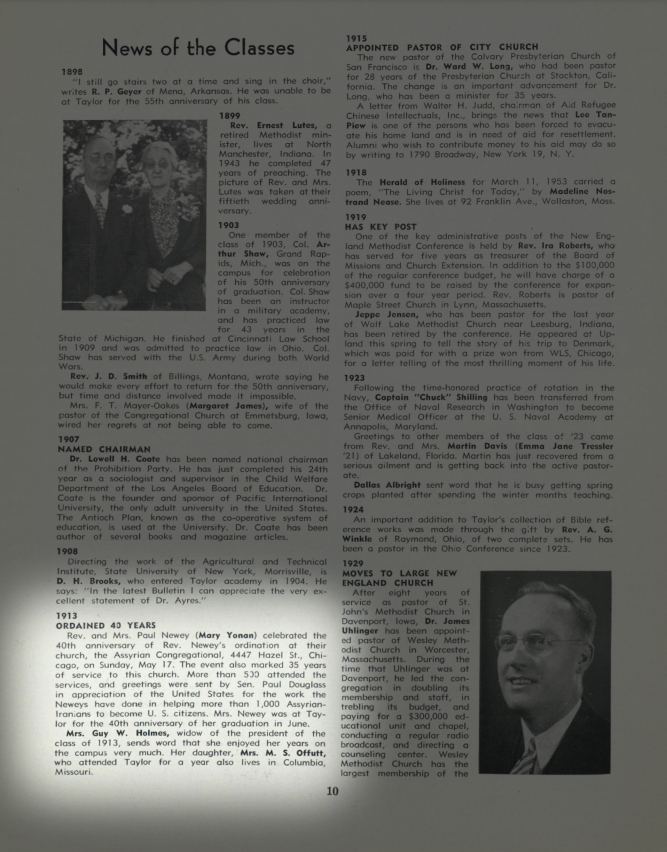 Above is an image from Taylor University’s Bulletin shedding light on Rev. Paul Newey and his wife who visited for the 40th anniversary of her graduation in June. 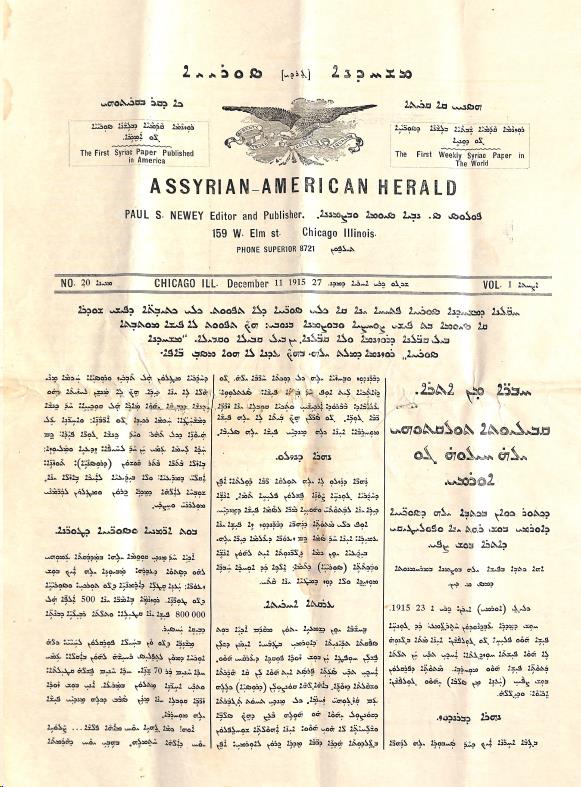 In 1915 Rev. Newey became the editor and publisher of the American-Assyrian Herald (pictured above), the first Assyrian Newspaper in Chicago. He then finished his work with the Herald in 1919, leading to its ultimate end in 1921. Rev. Newey also created the Assyrian Press, with its very own cast of Assyrian types. He published many books in Assyrian, and his press was used by many Assyrian authors and publishers.

In 1919, Rev. Newey spent his time structuring the Assyrian Evangelical Church, in which he also became the pastor. The Church later changed its name to the Assyrian Congregational Church. In the same year, he published Syriac Poetry, leading to 1929 when he managed to publish his New Syriac Hymnal.

Through the various contributions to his efforts with various Assyrian organizations, he managed to assist over 1,000 people in becoming citizens in the United States.

Below are images and closeups of their gravestone. 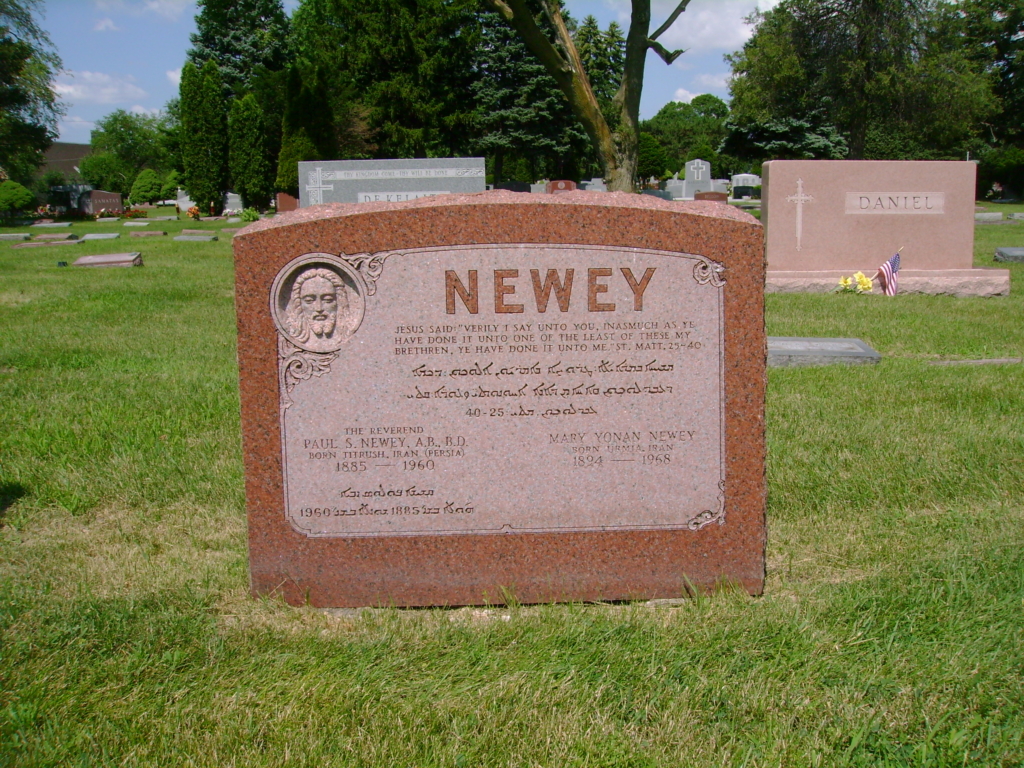 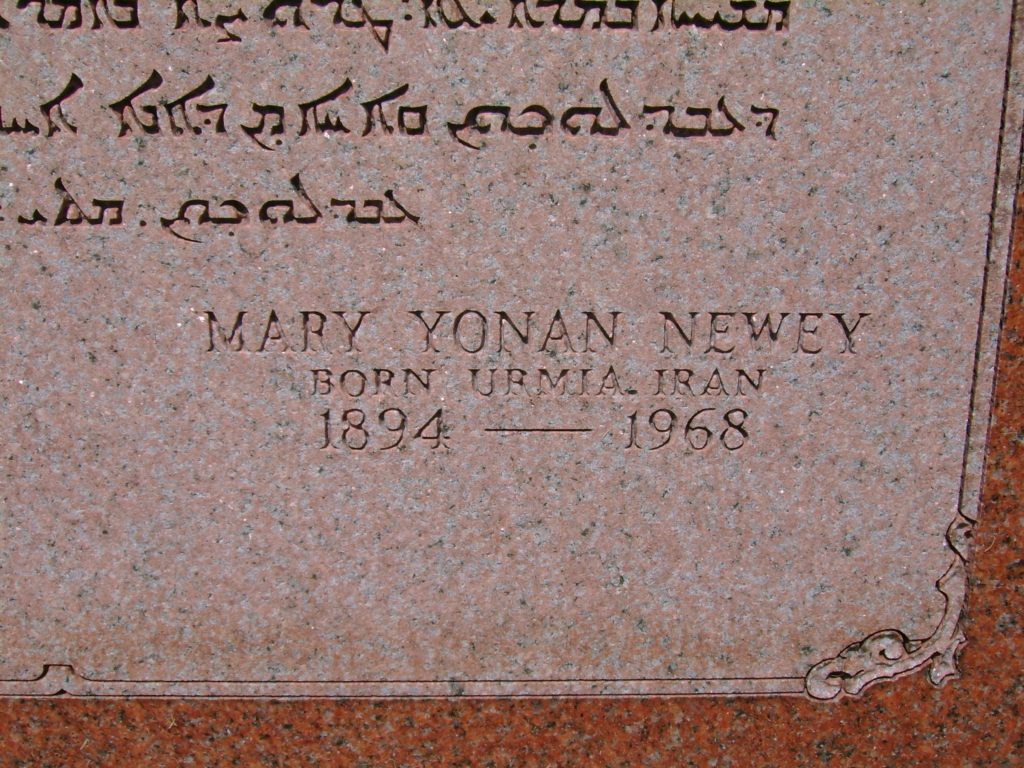